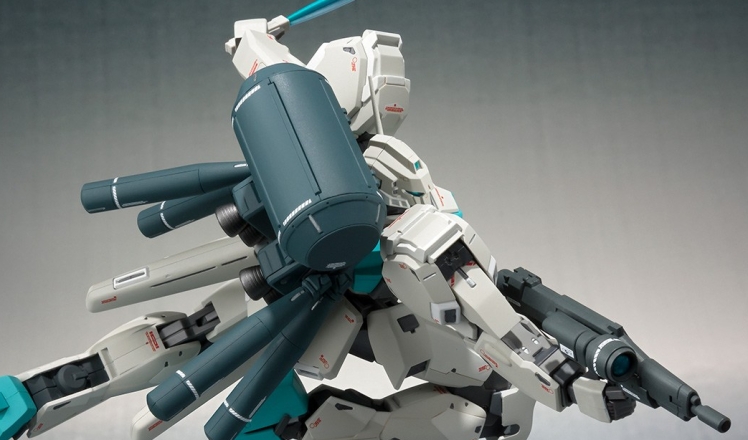 Vol.80 or better known as the one that had a handsome GM boi in it.

We are back again in this fine Wednesday to bring ya’ll more of our Let’s Talk Gunpla Segment and this week on our 80th episode, we will be covering some of this week’s P-Bandai announcements! As ever P-Bandai it does seem like they have some pretty interesting line-up kits that we can’t wait to talk about, and as well one that is not gunpla related model that we are pretty interested to talk about.

One that comes from the Robot spirit line up of models and one that was specially designed by the awesome Katoki Hajime.

So, without further ado, let us get into the announcements, shall we?

With the release of the RG Banshee earlier this year, to see Bandai now making the release announcement for this particular kit isn’t really something that actually surprises us here. In fact, we actually have been expecting the Final Battle version of the Banshee to make its appearance somewhere this year, and true enough here it is.

And honestly? It looked as what we were expecting the Final Battle Specification of the RG Banshee to be.

A black Gundam Unicorn with a different set of clear psycho-frame set for the kit.

Yes, from what we are seeing here, there isn’t really nothing new that is added to the kit except that for this version the RG Banshee is given a green clear psycho-frame instead of the gold/yellow of the what the Original RG Banshee had. Regardless, even with that, that is enough to make us feel like its a good addition to the RG Unicorn family (well in this case the RG Banshee family).

It was as well nice to see that the decals of the unicorn match the color of the psycho-frame. We are quite taken by Bandai’s effort in really making this kit look really good by not going too overboard with things here and even though we here might not use the decals that are included, we still appreciate the addition that was made to this kit.

To be honest, though? We honestly haven’t really gotten around in getting the RG Banshee yet since we feel it would be more less the same like the Normal RG Unicorn and because we aren’t really a fan of them yellow psycho-frame. But this, though? We actually don’t mind getting the P-Bandai variant instead of the normal one and by doing that it might finally make us want to get the normal version for the sake of collecting.

But as we were looking at this, it does make us wonder if they would eventually come to a point where they stop releasing Unicorn Variants……Then again, knowing how much Bandai LOVES the Unicorn Gundam…we might be seeing more of them being released in different variants in the future.

Next on the list is an MG kit that we really didn’t expect to see Bandai do a release of, especially when we are actually waiting for P-Bandai to make the announcement of the MG F91 Ver.2.0 Harrison Martin’s version. Though looking at this, we do wonder if the Retail side would pick up the slack and have that be released under em?

But then again, when we really think about it. I don’t think anyone of us here was really expecting Bandai (or P-Bandai in this matter) to be announcing this version of the F91 at all. It does make one wonder why…..

Anyways, we admit that it is really impressive to see the F91 getting the clear color variant here, we usually not really big fans of kits that come with clear parts, but this might be one that we give an exception to. Since it really looks so goddamn badass here. It really is not every day that we come across an MG kit that clear parts that look this good. Though, we do think this was made possible because of how good the Ver.2.0 part looked.

Or maybe we just get all four variants of the MG F91 and see what’s up with all of them…though that might be one idea that requires a lot of money and effort to complete but is one that we reckon would be a fun one.

Anyways, we do honestly think that this is a good MG kit to get that if you are thinking of getting an F91 kit that looks quite different then your standard one and as we said before this kit is as well a good one to get to those that have already owned an MG F91 Ver.2.0, that really get enough of building it. Yes, my dear existing MG F91 Ver.2.0 owners. This is one kit that I can definitely recommend for ya’ll to get.

And now finally….we get to the one that we have been aching to talk about…..

Yes, we as well realized that this is not technically a gunpla kit, but looking at this, one might really find it hard to ignore this one.

Because just look at it.

What a goddamn beautiful thing this is! Really, this is by far one of the best-looking GM variant MS that I’ve seen so far.

To be really frank, even though we do own some of the awesome looking Robot Spirit models but none of which that we’ve seen (and owned) that really looked as good as this. Then again we really haven’t owned any of the [KA Signature] models so we can’t really say much on that, but we would be damned to not say that this is one handsome boi.

So you can imagine how we all reacted as soon as we saw this being listed on the P-Bandai site, it was really one that immediately grabbed out at most attention as soon as we saw it for the first time. Though we do adore its ‘handsome-ness’ but there is more to it that draws us in.

Like there is the awesome color scheme it has, the awesome articulations, the awesomely designed equipment and the fact that this is an MS that was specially designed by Katoki Hajime in which was one of the main reason of why we really WANT TO GET THIS!

This is definitely one that we would LOVE to get…. but (yes there is a ‘but’ here) the only reason why we haven’t made the PO is the asking price. Yes, it looks awesome and all, but with that kind of price, we could get ourselves a cheap PG kit. Even though yes, we realized that this is a limited item, but the insane asking price for this is really making it hard for us to really justify getting.

But we are pretty sure that to some this wouldn’t be an issue, plus we know some in IRL that wouldn’t really mind on getting this despite its insane price. Well, because as we said before it is a limited-edition kit, one that is definitely a good one to get if you are the collecting sort. But to the rest of us, this might not be one that is good for our wallets health.

Though, it is one that we know we all will struggle to avoid. The one handsome boi that would be on a bridge too far.

With that ends our 80th  episode of our Let’s Talk Gunpla segment, and what pretty interesting P-Bandai releases that we have to look forward to next year. What do you think of the announcements that we covered, is there anything from the announcements that caught your fancy? For us, we are more really excited for the Nero more than all the gunplas we’ve talked about this week. Really is one that we hope if we have enough funds for, one that we would get next year.

Hopefully, if this does well enough, we hope that in the future we would be seeing this handsome boi being made into either an HG or an MG kit, because honestly who wouldn’t want to have this handsome thing in their lives.

Anyways, we will be back with more Let’s Talk Gunpla Segment on the next coming Wednesday and this Sunday Kimi will be back again, with the review of the RG Exia! So we do hope you all look forward to that! 😀