The Devil incarnated into an MG form

What’s more, I do really feel that it is quite fitting for us to end the year with an MG Unboxing post because admittedly the MG line-up have had some rough few years and to see it finally resurging with life again does make me really happy. Today we will be unboxing one such MG kit…that was really getting good press…The MG Barbatos.

So without further ado let us get into it, shall we? 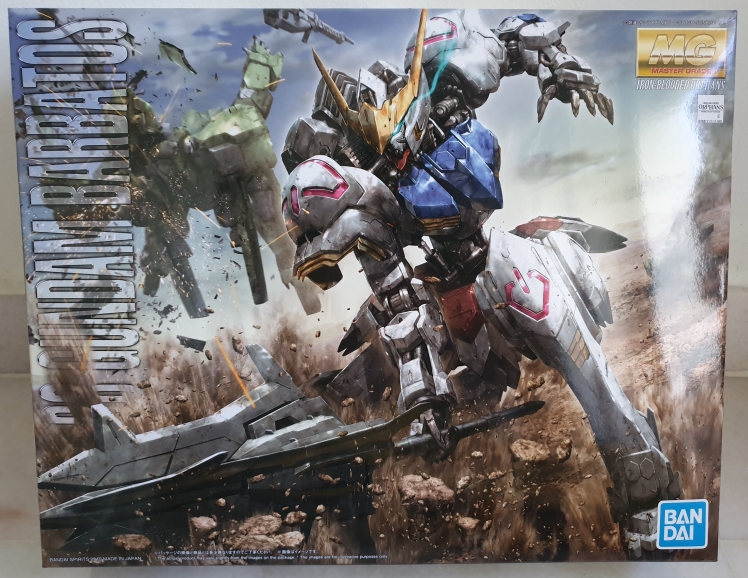 2019 is the year I had the pleasure of seeing alot of pretty awesome MG Boxarts, however, nothing that I have seen this year really manages to capture the epic scene more than the MG Barbatos’s boxart.

The Scene in question was a reimagining of the very early fight scene of the IBO series of the Mars Branch of the Gjallarhorn’s Graze total defeat to the Barbatos. It was recreated in a very expensive, gitty and battle-scarred manner, up until to a point looking at it makes you wished that the scene that was shot was in a shot like this.

After taking a long hard look at the MG Barbatos’s boxart, I am starting to believe that this might be the best one that I’ve seen to date…. ever.

But that is not the only thing that we feel that was done well here because I am as well-liked that they as well added some ‘Mars’ touch that was added on the colored sidebar headers which are located on the box packaging’s side section. You might be wondering what do I mean with some ‘Mars’ touch, well what I mean is that Bandai made the sidebar header section to have a patterned brownish-red color scheme. This really does look really different then the normal single tone colors that I’m more accustomed to which is seen on other MG Box packaging.

It should as well be said that it was quite entertaining to go through all the information that was provided on the side section of the MG Barbatos’s box packaging. The fact that they really used alot of pretty good shots of the MG Barbatos to both highlights and promote the gimmicks of the MG Barbatos really works into drawing people into getting this MG kit.

A really splendid job by Bandai on the MG Barbatos’s box packaging.

As I work my way to the insides of the kit, this is where I find that things started to get REALLY interesting to me here. because I do find that the content is looked really good. For starters, almost all the MG Barbatos’s parts looked insanely detailed. The details seen here looked so good that I would admit the level of detail seen on the MG Barbatos’s parts does remind me alot of the MG OYW Ver.2.0 kits.

Even going through the MG Barbatos’s manual was a joy for me, Even despite the fact that the manual is roughly the same in terms of its lore content when compared to the other recent MG releases. But I still find it to be quite entertaining still since you really get to learn alot more about both the Barbatos and get to learn a bit of history of the Calamity War which is really something that I do was really aching to learn more of.

Which does make me long for the day that Sunrise actually makes the Calamity War IBO Prequel.

As I move on to the MG Barbatos’s building instruction section, here I noticed that they haven’t done much to the visual format to spice things up here. However, they instead do add more points of caution which good, since I do imagine that there would be more delicate sections, present here in this MG kit. It is really nice to see Bandai makes the effort to further improve the builders building experience here with the MG Barbatos. Though I do wonder would we be seeing Bandai putting the same effort as they did here with all future MG releases?

Overall, after going through this unboxing, I am starting to really understand why this kit is becoming a fan favorite with alot of Gunpla builders this year. Because even I found myself quite enamored with the MG by just unboxing it. This is one MG kit that I really could find myself both quite impressed with and excited to start work with.

One which I’m glad that I decided on, to end the year unboxing with.

With that ends this week’s Unboxing and First Impressions for the MG 1/100 ASW-G-08 Gundam Barbatos (MG). What do you think of this week’s MG kit that I just unboxed? Do you yourselves have the same experience as I did with this mg kit? With the end of this Unboxing, it really marks as well the end of an awesome year for me here in the blog. There were alot of awesome kits this year that I’ve unboxed, build and reviewed here in the blog, but best of all I finally get to live long enough to see the resurgence of awesomeness for my favorite Gunpla line up, MG line-up.

So it is quite nice to end the year with something that was really the highlight of 2019.

Please do leave a like and comment if you enjoy this post from us here in the blog or you can as well do so through our R/ Gundam Subreddit posts and thorough FB or Instagram! Your support really means the world to all of us here in the blog and we as well sincerely hope that you all continue to support us along the way of this gunpla journey that we are all on. As well feel free to give us some feedback and comment if you think there are areas in the post that we can work on, to further improve our blog posts in the future!